Air Conditioning Won’t Run? It May Be a Contactor Problem 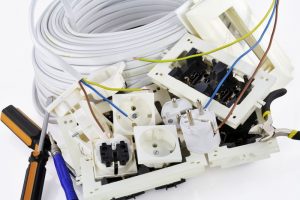 The “no cool” is the most common air conditioning emergency call we get. Our technicians are available 24 hours a day, 365 days a year to rush out to help with whatever has caused and AC to stop doing its job.

There are several reasons for an air conditioner to stop working. A common one we’re going to look at today is a problem with a contactor. What’s a contactor? That’s as good a place to start as any …

The Contactor: The Start and Stop Lights for an AC

How Contactors Can Go Wrong

Contactors can also become stuck in one position, and this can occur because of dirt getting into the system and along the contactor. A contactor that’s stuck in the open position or which can’t close completely because it’s blocked will stop motors from working. And when a contactor gets stuck in the closed position, it means electricity will flow continuously and the air conditioning system won’t turn off—or at least one of the fans or the compressor won’t shut off. This isn’t a “no cool” problem, but it’s still a serious one: you want a runaway AC fixed before it becomes even more seriously damaged.

An air conditioning service in Lake City, FL we strongly recommend is annual spring maintenance for the AC. Our technicians look over the contactors during these inspections to find out if they’re in danger of burning out so they can be replaced early. We also clean them if they’re dirty to help avoid problems with them becoming stuck open or closed. Regular maintenance gives you a good chance of never having to deal with a contactor problem.

[(site_name)] has served the communities of Northern Florida since 1998. Schedule fast AC repairs with us any time of the day or night.